There are two ways that an individual can come to seek refuge in the United States.

The definition of refugee excludes anyone who “ordered, incited, assisted, or otherwise participated in the persecution of any person on account of race, religion, nationality, membership in a particular social group, or political opinion.”

In simple terms, a refugee is an individual who meets the above definition, and who is outside of the United States.  They have fled from their country of origin and are waiting in a third country for resettlement to another.

Also known as asylum seekers, are individuals who meet the above definition, but who are already present in the United States or at a port of entry.  Asylees can apply for asylum affirmatively, with the U.S. Asylum Office, or defensively, in removal proceedings before the Immigration Court.

Essentially, asylum has two basic conditions.  First, an individual must demonstrate that they have been persecuted, or fear persecution from the government in their country of origin.  Second, they must show that the persecution would be on account of their race, religion, nationality, political opinion, or particular social group.   There are many other intricacies and nuances to asylum law; however, these are the most basic requirements. 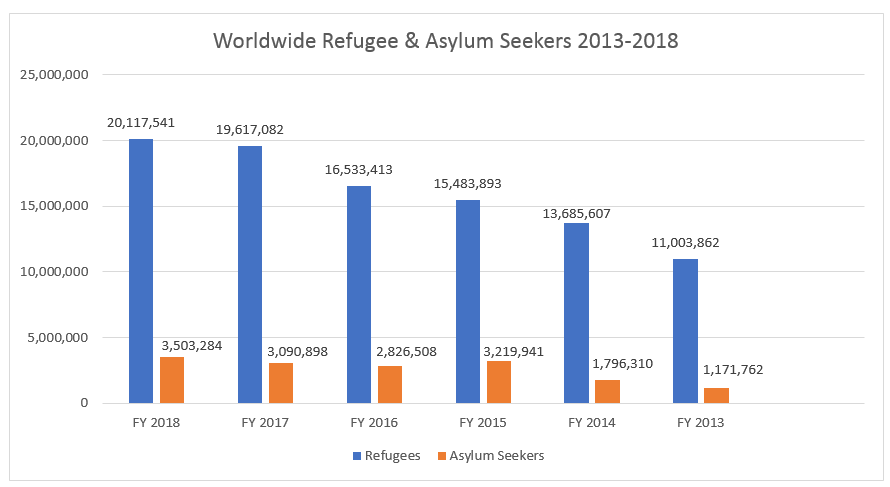 The number of refugees admitted every year to the United States varies.  The President, in consultation with Congress, determines this number annually. For the Fiscal Year 2020, which runs from October 1, 2019-September 30, 2020, the United States will admit up to 18,000 refugees; this is the lowest ceiling for the United States since 1980.   For the fiscal year 2019, the cap was 30,000.

An unlimited number of asylees, or applicants for asylum, from within the United States can be approved each year. 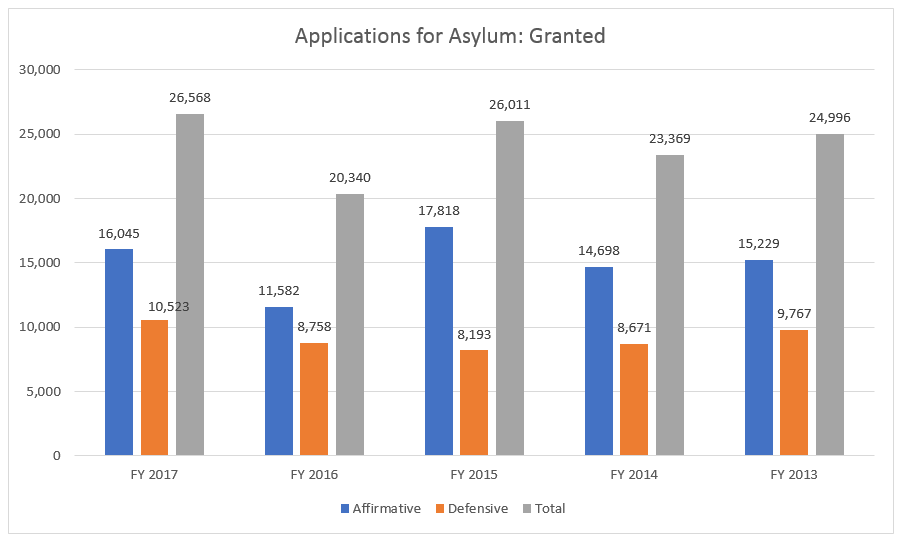 Refugee Resettlement in the United States

To resettle in the United States as a refugee, one must first receive a referral to the U.S. Refugee Admissions Program, whose mission is to “offer resettlement opportunities to persons overseas who are of special humanitarian concern, while protecting national security and combating fraud.”  From start to end many U.S. agencies are involved in the designation, determination, and resettlement of a refugee, including the Department of State (Bureau of Population, Refugees, and Migration), the Department of Health and Human Services, (Office of Refugee Resettlement), and the Department of Homeland Security (United States Citizenship and Immigration Services).

Referral Under a Priority Group

To be considered for classification as a refugee, an individual must fall under one of three categories:

Once a refugee has obtained a referral under one of the priority groups, they are assigned to a Resettlement Support Center (RSC) where the case is processed, and biographic security checks begin.

The United States Citizenship and Immigration Services & Next Steps

Next, USCIS conducts background checks and confirms that the individual meets the definition of a refugee, that they are admissible to the United States, and that they have not firmly resettled in a third country.

Lastly, once all screenings and security processes have been completed, the refugee works with the International Organization for Migration to arrange travel to the United States.

Coming to the United States