Most individuals seeking to immigrate to the United States permanently or to live and work in the U.S. temporarily understand that there is a cost associated with various filings they must complete to receive visa authorization. In most cases, the fees set forth by USCIS are fairly reasonable in light of the purpose of the visa and whether an individual or business is likely to apply for it.

However, this may be changing for a number of applications and forms that immigrants and temporary workers are expected to file. Individuals considering coming to the United States temporarily or permanently would be wise to, when possible, complete their filings before the fee increases take effect. In some cases, the fee increases are particularly significant costing thousands or tens of thousands of dollars more in fees.

The Tampa immigration attorneys of Colombo & Hurd can help you or your business assess these changes to the immigration fee schedule. To discuss your concerns and immigration goals online or at our Miami or Orlando law offices call toll-free at 800-549-5523 today.

What Authorizes USCIS to Change the Fee Schedule?

Some individuals are concerned about why United States Citizenship and Immigration Services would elect to change the fee schedule and impose a more significant burden on those individuals who are looking to immigrate to the U.S. and for businesses seeking immigration solutions. Some people are more concerned with the legal authorization while others are more concerned with the practical reasons behind USCIS the USCIS action. On the legal side, it is actually the Department of Homeland Security (DHS) that is authorized per the Immigration and Nationality Act (INA) § 286(m), 8 U.S.C. 1356(m)to set fees for immigration services. The agency is permitted to “ensure recovery of the full costs of providing all such services, including the costs of similar services provided without charge to asylum applicants or other immigrants.”

The proposed change likely stems from a comprehensive fee review launched by USCIS in 2015. The fee schedule review determined that the existing fee schedule failed to fully recover the costs of the services the agency was providing. The study found that if USCIS did not change its free structure it would face a budget shortfall of more than $550 million. Thus, the fee changes and increases have been proposed solely for budgetary reasons. It is unfortunate that the increase must occur, but absent other sources of funding, it appears necessary.

What Fee Increases Are in the Works for EB-5 and Other Visas?

In general, the fee increases published in a notice of proposed rulemaking sets forth an average increase of roughly 21 percent. However, the forms one must file in relation to an EB-5 visa petition have increased significantly more than this average.

For instance, the fee for the I-526, Immigrant Petition by Alien Entrepreneur, is proposed to increase from the current fee of $1,500 to a fee of $3,675 – an increase of nearly 150 percent. The other large increases to fees in the EB-5 program includes the I-924, Application for Regional Center Designation Under the Immigrant Investor Program. The fee for filing this form would increase from $6,230 to whopping $17,925 – an increase of 186%. The I-924A, Annual Certification for Regional Center,  would also see a significant increase over the current no-fee for the form to a fee of $3,035.

The good news here is that the fee for filing an I-485, Application to Register Permanent Residence or Adjust Status, is scheduled to receive only a modest increase of about 16 percent. Similarly, the biometrics fee and the cost for filing form I-829, Petition by Entrepreneur to Remove Conditions, will remain unchanged.

DHS justifies the large fee increases to the EB-5 program on the sustained demand for the EB-5 program. DHS says these fee increases are necessary for USCIS to conduct increased site visits for regional centers and, furthermore, to address concerns related to waste, fraud, national security, and public safety. Unfortunately, improved processing times are not listed as one of the stated reasons for the fee increase.

The proposed fee increases are unfortunate, especially in the context of EB-5, because filing timing requirements mean that many new and existing applicants are likely to be affected.  The immigration attorneys of Colombo & Hurd can provide advice and guidance regarding an array of immigration solutions for individuals and businesses. To schedule a confidential consultation at their Miami or Orlando immigration law offices, call 407-478-1111 today. 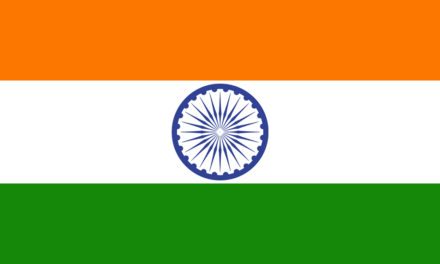