For years immigrant who have fled violence and instability in Central America and other nations have worried about immigration enforcement action due to their undocumented status. For many immigrants who came to the United States to provide a better, safer life for their children one of their biggest fears is a raid by government officials and being removed, or deported, from the United States. Parents of young children also fear the pre-dawn at-home raid that can, at minimum, further traumatize children and those who fled the use of such tactics in their home nation.

Unfortunately, despite a promising start to the Obama presidency where it appeared that immigration reform was likely to soon arrive through DACA, these tactics are now in use. Immigration advocates are warning that the raids may result in immigrants being sent back to volatile and potentially deadly situations. If you have concerns regarding a potential deportation or removal action contact the experienced immigration attorneys of Colombo & Hurd today.

Who is being Targeted by These Deportation Raids?

According to Jeh Johnson, head of the Department of Homeland Security (DHS), the raids primarily targeted people who have illegally crossed over the U.S.-Mexico border since May 2014. Many of the targeted immigrants include Central American mothers who fled gang-related violence in El Salvador, Guatemala, and Honduras. Many of these immigrants have claimed asylum to escape the violence that is pervasive in their nations. Others are attempting to re-unite with family members already in the United States. In all, there have been about 100,000 individuals and family members who have come to the United States since the spring of 2014.

According to Mr. Johnson, 121 people were identified and detained during the immigration raids. The raids mainly occurred in North Carolina, Georgia, and Texas. The Los Angeles Times also reports that immigration raids also occurred in New York, Maryland, and in states in the Midwest. Officials declined to indicate whether raids in these states were part of the enforcement push but the DHS head did remark that, “This should come as no surprise. I have said publicly for months that individuals who constitute enforcement priorities, including families and unaccompanied children, will be removed.”

These tactics are a shift for ICE and DHS officials who previously relied predominately on workplace raids to enforce immigration laws. Mr. Johnson stated that these new raids saw authorities focus on families with children in their homes. Mr. Johnson also claims that “given the sensitive nature of taking into custody and removing families with children” additional precautions were taken including the use of female immigration agents and having medic personnel available.

Reactions to the Immigration Raids

It seems that these raids have failed to satisfy any interested parties. On one hand, immigration reform advocates have expressed shock and horror. The director of advocacy for the American Immigration Lawyers Association stated that the group was “shocked and outraged” over at-home enforcement actions against “women and children who are extremely vulnerable and by and large have fled from horrendous violence in their home countries.” However advocates for enhanced immigration enforcement believe that the raids did not go far enough. The executive director for the Center for Immigration Studies characterized the raids as “enforcement theater” citing the relatively few numbers of immigrants detained at detention centers.

The ministries for Guatamala and El Salvador have also released statements regarding the raids. Guatamala’s foreign ministry has stated that “We are going to review every one of the cases. We are going to support them and be sure that these people do not have any alternative.” Furthermore the ministry also advised immigrants to the Untied States to carry a card with the phone numbers of a lawyer, the nearest consulate, and family & friends at all times. Officials from the El Salvadorian ministry offered similar advice to the Guatemalan officials. They also stated that the actions by U.S. immigration officials were misguide because it would not affect or resolve the root causes of illegal immigration to the United States.

A Orlando immigration lawyer of Colombo & Hurd are dedicated to assisting immigrants who are fleeing violence and instability and looking to establish a better life in the United States. If you or a loved one have been impacted by removal or other immigration enforcement actions, are seeking knowledge about immigration or business services, call our firm at 407-478-1111 today or contact us online. We have offices located in Miami and Orlando, Florida. 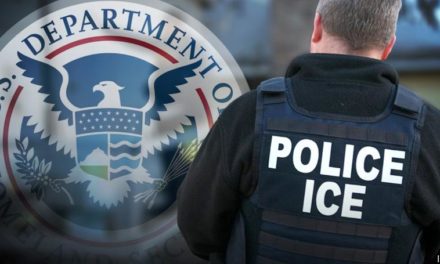 Immigration Detention Under Trump: Vast Majority of Detained Immigrants Have No Criminal History at All 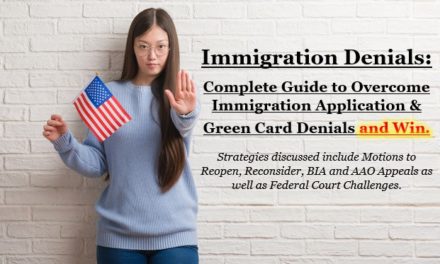