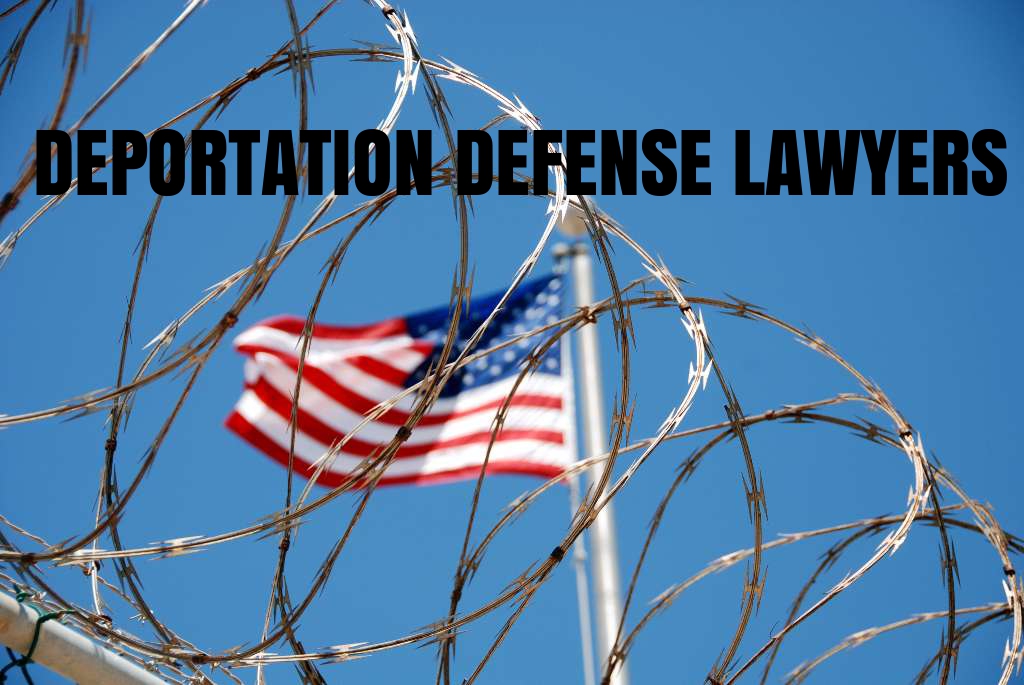 The law firm of Colombo & Hurd represents immigrants and visitors to the United States who may be at risk of deportation/removal proceedings through the immigration court system.  In particular, we have extensive experience litigating deportation cases in Orlando Immigration Court before Judge Grim, Judge Ghartey, Judge Chapman, Judge Karden and Judge Lippman.

HOW DO IMMIGRANTS END UP IN IMMIGRATION DEPORTATION/REMOVAL PROCEEDINGS?

There are three primary avenues through which foreign nationals are placed in removal proceedings before an immigration judge:

WHAT CRIMINAL CHARGES CAN LEAD TO DEPORTATION PROCEEDINGS?

As noted above, a criminal record can open the door to deportation proceedings. Whether you are a legal resident or an undocumented immigrant, a criminal conviction can potentially lead to removal proceedings or cause significant issues when you seek to travel, become a citizen, renew your green card, or adjust your immigration status.

Under United States immigration law, there are certain categories of crimes that will lead to the deportation of a non-citizen, regardless of your status as a green card holder or if you have well-established ties to the United States. These crimes, known as deportable crimes, include drug offenses, firearms offenses, aggravated felonies, domestic violence offenses, and crimes of moral turpitude. There are also crimes that can make a non-citizen inadmissible, which means that you will not be able to re-enter the country after leaving, become a U.S. citizen, or apply for a change in status from illegal to legal. There are also some crimes that can lead to deportation even before you are convicted.

So my family member or loved one is detained, what now?

Federal immigration guidelines provide that immigrants who are not classified as arriving aliens or terrorists may seek immigration bonds, provided that they are not considered aggravated felons, do not have convictions for multiple crimes of moral turpitude or for crimes involving certain controlled substances. An immigration judge will evaluate an immigrant’s eligibility for bond based on a number of factors, such as his or her danger to the community, criminal history, ties to the United States, ability to pay the bond, and eligibility for relief from removal or deportation proceedings. If granted, immigration bonds typically range from $1,500 to $20,000.  It is important to know that the process of requesting and obtaining a bond in immigration proceedings is much lengthier than that of a criminal case. While in a criminal case a person typically sees a judge within 24 hours for a bond hearing, in immigration proceedings obtaining a bond hearing can take up to 2 weeks or more depending on the detention center.

If you or a loved one has been detained for removal proceedings, Colombo & Hurd may be able to intervene on your behalf. We will assess your eligibility for an immigration bond, file a Motion for Speedy Bond Hearing, and present evidence on your behalf at the hearing. We will aggressively defend your rights at the immigration bond hearing and throughout the deportation process.

What can be done if your case is denied by an Immigration Judge:

MOTIONS TO REOPEN AND RECONSIDER OR DIRECT APPEAL

If your immigration case is denied by an immigration court your Orlando immigration lawyer will advise you of your rights. This may include filing an appeal of this decision, filing a motion to reopen the proceedings or reconsider the decision via the filing of an I-290B Notice of Appeal or Motion. The experienced attorneys of Colombo & Hurd can help you determine which option is best based on the specific facts and law of your case.

A motion to reopen asks the Court, Board or Agency to reopen your immigration case based on new facts or evidence that was not reasonably available at the time that the case was decided. In contrast, a motion to reconsider is used to ask the court to reconsider its decision if it did not properly consider evidence that is already in the record, or if it incorrectly applied the law. While Motions to Reopen or Reconsider must generally be filed within 90 days of an order denying your case, a person who has had their case denied by an immigration judge only has 30 days to appeal their case.  Because of the limited time a person has to take action on the above remedies, it is imperative they contact an experienced immigration lawyer such as the lawyers at Colombo & Hurd who can timely review the record of your case and make a proper assessment of how best to proceed.