Bipartisan DREAM Act May Provide Dreamers with a Path to Citizenship 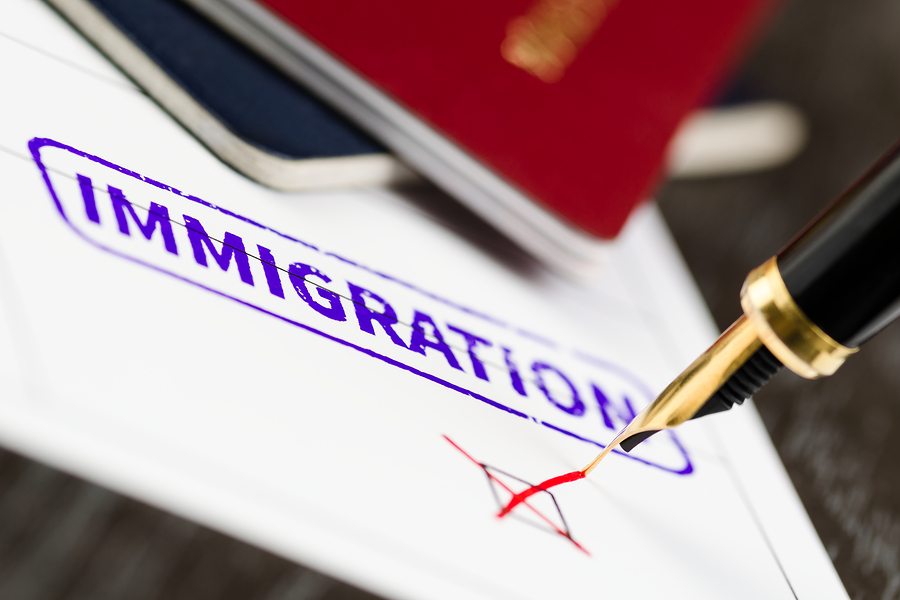 Immigration has long been a hot topic in both political and legal news, particularly when it comes to programs that are designed to assist undocumented immigrants in obtaining legal status. Many of these programs are now under threat by the Trump administration, including a popular measure intended to help young adults avoid deportation. A new bipartisan bill may help these young adults achieve permanent residency and ultimately, citizenship.

The Deferred Action for Childhood Arrivals (DACA) program was established in 2012 as a method for young people brought to the United States as children to remain in the country if they can establish certain criteria. Known as “Dreamers,” eligible participants in the DACA program can apply for employment authorization while in deferred action status. As of March 2017, 787,580 undocumented immigrants have been shielded from deportation under the DACA program.

How the Trump Administration is Handling DACA

The DACA program has long been controversial. As a candidate, President Donald Trump pledged to revoke DACA, along with a 2014 executive order that sought to shield undocumented immigrants from deportation. While the Department of Homeland Security (DHS) has rescinded the 2014 executive order, DACA remains in place, and work orders continue to be issued. However, a lawsuit is pending against the program, filed by the state of Texas and several other states. In June, DHS Secretary John Kelly informed the Congressional Hispanic Caucus that DACA would not likely survive the legal challenge. Members of the Caucus left the meeting incredibly disturbed, worried that the future of the DACA program is in serious jeopardy. One major issue is that the Department of Justice (DOJ), headed by Attorney General Jeff Sessions, will be responsible for defending DACA in the lawsuit. Attorney General Sessions is a fierce opponent of illegal immigration, and it is unclear whether DOJ attorneys, on behalf of the Trump administration, will actually defend DACA in court. Beyond the current lawsuit, eleven additional states have threatened to file a lawsuit against the federal government if it does not rescind the DACA program by September 5.

While the pressure on the DACA program has been intense, a new bipartisan bill may provide a way forward for Dreamers hoping to obtain permanent legal status. Senators Dick Durbin, a Democrat from Illinois, and Lindsey Graham, a Republican from South Carolina, have announced a new bill designed to provide a path for permanent residency and ultimately citizenship for Dreamers. If enacted, the 2017 Dream Act would present an incredible opportunity for the nearly 800,000 DACA recipients to move from deferred action status to permanent residency status and eventually citizenship. This is particularly important in light of the numerous deportations of law-abiding Dreamers that have taken place in recent weeks by Immigration and Customs and Enforcement (ICE). If you are currently on deferred action status through the DACA program and are concerned about the possibility of deportation or the revocation of the program, the seasoned immigration lawyers of Colombo & Hurd can provide advice about your options and keep you updated about changes to the law in these challenging times.

The 2017 Dream Act continues the policies of the DACA program by focusing on those hardworking, ambitious young people who were brought to the United States as children and who have contributed to their communities and our country. Under the Dream Act, you may be eligible for permanent residence status (and citizenship in the future), if you are a longtime resident of the United States who came to the country as a child, and have either graduated from high school or obtained a G.E.D. You must also be pursuing a higher education, have worked lawfully for at least three years, or be serving in the military. An application fee will be required, and you must pass security and law enforcement background checks. During these background checks, DHS will ensure that you have not committed a felony or other serious crimes, and do not pose a threat to the United States. Finally, you must demonstrate proficiency in the English language and knowledge of United States history.

The policy behind the DACA program — that children who were brought here by their parents or others, who have worked hard and formed ties to the United States should not be removed from this country — is the same one that underlies the Dream Act. Nearly 800,000 Dreamers have successfully participated in the DACA program, and have strengthened our country with their hard work and contributions to society. Supporting the Dream Act is a way to ensure that these Dreamers can continue on their path towards citizenship.

WORK WITH IMMIGRATION ATTORNEYS IN ORLANDO AND MIAMI

If you have questions or concerns regarding your DACA status or other immigration issues, the experienced immigration attorneys of Colombo & Hurd can help. Many of our attorneys are immigrants themselves, and understand first-hand the challenges and anxieties that immigrants to the United States can face. Contact us today at 407-478-1111 to schedule a confidential consultation.