On August 18, 2011, the Obama Administration announced it would implement changes to determine which individuals could stay and work and which should be deported. The Administration confirmed that some immigrants in removal proceedings who did not have a criminal history may be able to obtain work authorization and remain in the United States for an indefinite period. However, since the announcement, much confusion has arisen in the immigrant community as to who exactly qualifies under the policy change.

In the brief time period since the announcement we have received hundreds of questions from undocumented immigrants asking if they could be helped by the new policy. Clearly, the change in policy applies to individuals that are now in deportation proceedings and those who have lost their deportation cases and are appealing those decisions. The big question that remains: can anyone else benefit from this change in policy? Many undocumented immigrants not presently in deportation have been waiting for years, often decades, for some type of reform that would give them at least a chance to obtain some benefit under US immigration law. Some have given up, going back to their home countries and destroying lives, families and their dreams. Most have stayed, since they have strong family and business ties, are integral members of our communities, and perform jobs that most are not willing or able to perform.

If it is clear from Secretary Napolitano and President Obama’s announcement that those in deportation are the ones that primarily benefit is it possible that immigrants who are not in deportation court may also be considered under the new policy? It is my belief that it is possible that these immigrants may also be considered. Under a Memorandum recently released by the Department of Homeland Security, several factors are considered “positive” for the exercise of prosecutorial discretion, including: strong family and community ties in the U.S., length of presence in the U.S., criminal history, education, immigration history, spouse or children that are US citizens or residents, cooperation with the authorities, and other enumerated factors. Many undocumented immigrants will meet these positive factors. The difficult question is whether undocumented immigrants currently not in deportation should consider alternatives to try to benefit from this new announcement.

It is unusual for undocumented immigrants to choose to voluntarily put themselves in deportation, because it is often extremely difficult to qualify for a defense that would avoid removal. For example, many aliens would meet the minimum requirements of one possible defense to deportation, cancellation of removal. This defense requires 10 years or more continuous physical presence in the US, good moral character, no serious criminal record and a qualifying relative that would suffer exceptional and extreme hardship if the alien is deported. In practice, winning a cancellation case is often difficult, because legal precedent interpreting hardship often results in the odds being against a favorable decision. Thus, most aliens and attorneys recommend against voluntarily placing yourself in deportation, as the risks often outweigh the benefits.

Now, however, those individuals that meet the minimum requirements for certain defenses to deportation may wish to consider these options. One of the toughest decisions that immigrants will have to make is whether they want to take this opportunity now or wait. Then again, waiting could mean that the window of opportunity is lost if President Obama is not re-elected or comprehensive immigration reform is not passed by Congress. On the other hand, it is clear that this announcement does not provide a green card or permanent status to immigrants. For many, however, something is better than nothing. Having a work permit, obtaining a driver’s license and coming out of the shadows may be more than enough. It is at least the start of the “dream,” and not the nightmare they have been living for decades of failed U.S immigration policies. 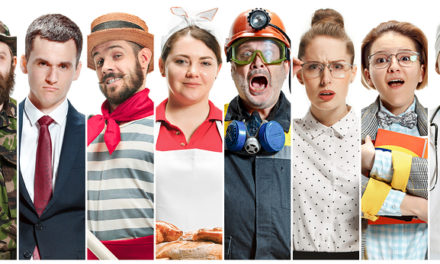 Green Card Denials Increase Substantially Inside the US in 2020: Another Brick in the Invisible Wall.