Orlando SC was announced by Major League Soccer and the club’s investment group in 2013. Known as The Lions, Orlando SC entered league play in the MLS in 2015. The team played its first match against New York City FC. While the team itself seemed to proceed from concept to reality rather quickly, the same cannot be said for the team’s stadium. However, these difficulties in securing a new stadium arose after what initially appeared to be a promising start. For a brief look at some of the problems that had halted stadium development and the potential immigration-based solution to the lack of funding, read what a Tampa investor visa lawyer of Colombo & Hurd explained below.

The Initial Plan for a Taxpayer-funded Stadium

Initially, the investment group for the Orlando SC planned to pursue a traditional model of seeking public money to build the stadium. For better and worse, the trend for sports owners to build taxpayer-funded sports stadium is a topic that is frequently fodder for late night talk shows and other social critiques. In 2013, the city of Orlando purchased land downtown that was intended to be used for the construction of the stadium. Subsequently, the Florida House of Representatives unfortunately failed to vote on a bill that would have authorized up to $30 million in expected public funds. While there were some successes in seeking this funding, the results were apparently insufficient to get the stadium project off the ground and the investors began to explore alternate financing options.

The EB-5 Financing Plan to Build Stadiums and Create Jobs

In May 2015, Orlando SC’s ownership group pivoted in a new direction to secure funding for its brand new soccer specific stadium without the need for taxpayer funding. On May 29, 2015, Augusto de Silva announced that the new stadium for Orlando SC would be built entirely with private money. This means that the stadium would be 100% owned and operated by the team and that the team would purchase the land originally purchased by the city of Orlando.

The team’s ability to secure private funding for the stadium is premised on the availability of the EB-5 visa program. De Silva has stated that up to 50 percent of the financing for the project will be funded through the EB-5 visa program. Immigrant investors may make investments into the stadium for the opportunity to receive a green card. As of May 2016, more than $15 million dollars have already been raised through EB-5 investments.

EB-5 is a visa program under which foreign nations can make a significant investment and satisfy other requirements to receive a green card. Foreigners who invest at least $1 million, or $500,000 in projects located in a Targeted Employment Area (TEA), can receive a temporary green card. The project must create at least 10 full-time jobs for U.S. citizens.

To qualify for the immigration benefit the immigration investor must engage in a lengthy and exhaustive process. The immigrant investor must prove that he or she is admissible to the United States, that the funds come from a lawful source, and a number of other items. Once a green card is awarded, the green card comes with certain additional conditions. The immigrant investor must ensure that these additional conditions are satisfied and prove this fact to USCIS to have the conditions removed from the green card. The EB-5 program can benefit the immigrant investor, the American citizens who secure jobs, and the community at-large. In this case, the EB-5 soccer stadium project will bring additional entertainment and high level sports to Orlando. A number of Floridians will secure jobs working at the Orlando stadium. The project’s investors are likely to be able to secure green card benefits for themselves and their family.

Work with a Meticulous and Strategic Orlando Immigration Lawyer

The Orlando immigration lawyers of Colombo & Hurd are dedicated to assisting individuals and businesses with their immigration concerns and goals. We offer EB-5 immigrant investor guidance to individuals, businesses, and regional centers. Through the EB-5 program cities and communities throughout Florida and the United States can benefit. To schedule a confidential EB-5 consultation at our Orlando or Miami law offices call 407-478-1111. We can also arrange for consultations over the phone or via VOIP. 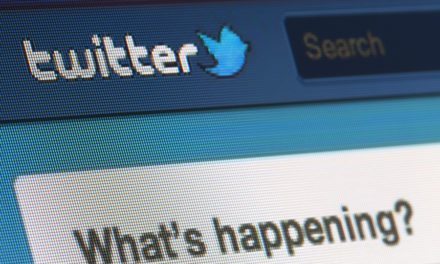 What Methods Can A Regional Center in the EB-5 Program Use to Evidence Job Creation?