EB-5 I-526, I-829 and I-924 Processing Times Reach New Records as Thousands of Applications Await Processing

The EB-5 visa program is a government program that can permit foreign entrepreneurs to invest in the United States to create jobs in exchange for a temporary green card. Provided that the terms and conditions of the program are satisfied, the conditions on the temporary green card can be removed and the EB-5 investor can, in time, petition for naturalization as a U.S. citizen. Thus, EB-5 visa investors must make multiple legal filings — including a comprehensive business plan — and prove an array of facts ranging from the investment funds being lawfully sourced to the satisfaction of the job creation and other requirements.

However, despite the significant amount of verification work that is performed before either a temporary or permanent green card is issued, many have attacked the program. Strong opinions on all sides have made reform of the program difficult and resulted in temporary re-authorizations of the program without addressing the growing backlog created by the popularity of the program and the rigor of the verification work. It is feasible that this gridlock in Congress has contributed to the seemingly ever-increasing processing times for  I-526, I-829, and I-924 adjudications.

Before delving into the details of the processing backlog, it is important to first review what role an I-526, I-829, and I-924 filings play in an EB-5 matter.

The above are the forms and applications involved in the EB-5 visa process. Unfortunately, processing times have hit new records for these forms.

What Do Record Processing Times Mean For Current and Potential EB-5 Visa Applicants?

According to a recent report by USCIS regarding processing times for an I-526, I-829 and I-924 filing have hit a new all-time record. Minimum stated processing times for these applications for I-526 Immigrant Petition by Alien Entrepreneur is at least 13 months. USCIS officially states that I924 filings are being processed after a minimum of 11.5 months, but delays of greater than a year are common for I-924 and I-829 filings.

Essentially this means that any immigrant investor who is considering an EB-5 filing must plan and prepare for a long process. Since EB-5 can provide an immigration benefit to qualifying family members, it is often essential to minimize the risk that a qualifying child will “age out” prior to receiving the immigration benefit.

Furthermore, this significant lag in processing times introduces additional complexity when it comes to an I-829 filing. Congress provided in Section 216A(c)(3) of the Immigration and Naturalization Act that I-829 applications must be processed and a determination rendered within the latter of 90 days from the filing of the petition or the interview. Thus, since an I-829 must be filed at least 90 days prior to the expiration of the conditional green card, EB-5 investors must plan to manage the time they will spend in limbo with an extended temporary green card. Since the regulations provide that the EB-5 investor must sustain his or her commercial enterprise, the immigrant investor will not be able to remove or redeem their investment until the process is completed. In the absence of careful planning, this extended period where assets are tied-up can create a hardship. Furthermore, if the immigrant investor winds down the business too quickly, the immigration benefit can be permanently lost.

Work with a Strategic Orlando Immigration Lawyer of Colombo & Hurd

The Orlando immigration lawyers of Colombo & Hurd can help immigrant investors structure their EB-5 petition to be responsive to the realities of these lengthy processing times. To discuss how they may be able to assist you in achieving your immigration goals call 407-478-1111 today. 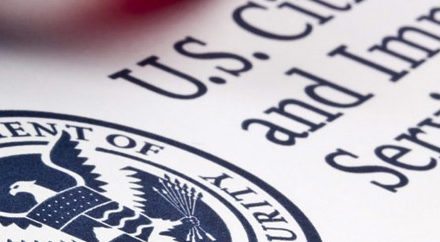