We have previously written about the then impending September 30th reauthorization deadline for the EB-5 visa program. At the time, we speculated that a small glimmer of a possibility existed that Congress may be able to put aside its differences and pass a full reauthorization bill that included a number of reform provisions. We believed that an increase in the minimum qualifying investment and other changes were likely to the EB-5 program. Unfortunately, partisan gridlock in Congress doomed the chances of timely passage of a comprehensive reform and reauthorization bill. The reauthorization date of September 30, 2015, has now come and gone. Thankfully, Congress did not allow the program to expire entirely.

While it is not the extension that proponents of the EB-5 program wanted, any extension to keep the program alive is welcome and better than a lapse. On Wednesday September 30, 2015, Congress passed a stopgap measure intended to keep the program running due to Congress’ inability to move on the bill in a timely fashion and to permit ample time for debate over a more comprehensive reform bill. The stopgap measure ensures that the program will continue to operate for the next six weeks. However, absent passage of a more permanent authorization measure the EB-5 investor program will expire at the close of this period.

While the temporary extension is certainly welcome, most EB-5 visa attorneys and intending immigrant investors are seeking long-term guidance regarding the expectations for the program. The letter, written by Pat Hogan, founder and board member of industry trade group Invest in the USA (IIUSA), provides some insight into the discussions that are taking place in Washington D.C. While the most accessible take away from the letter is that no one really knows how the program will fare in Congress, there are some more salient and substantive points regarding more limited aspects of any potential reauthorization. Some of the limited conclusions that can be drawn from the letter include:

While it appears likely that Congress will indeed pass a permanent reauthorization, the details and exact provisions any reform bill will contain remain in flux. However the discussions in the letter reveal that reauthorization of the program has moved beyond the initial question of whether the program would be extended and into the details of the extension. Of course, in light of today’s Congress and partisan gridlock there is no guarantee that political factors will not further delay or derail the extension. However, intending immigrant investors should waste no time in seeking experienced immigration assistance. Individuals who act quickly may be able to grandfather themselves in under the current minimum investment values. 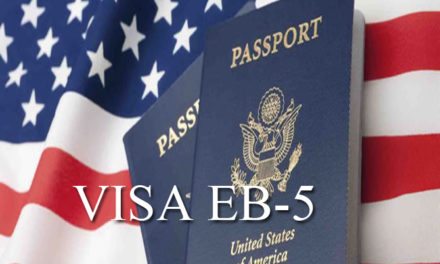 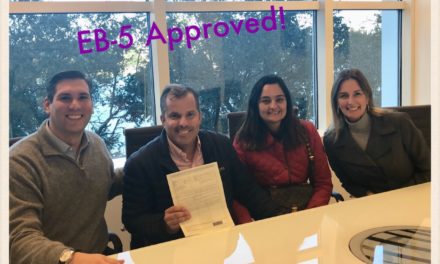 EB 5 Visa Approval for Brazilian Client and his family.