The EB-5 investor visa program has long provided a win-win solution for entrepreneurial-minded foreign nationals and the citizens and permanent residents of the United States. At the most general level, the EB-5 program allows for investment into new, or in some cases existing, businesses that create a certain number of jobs can provide the foreign individual a permanent green card. Furthermore, a spouse and certain children can also obtain derivative green cards through the program. Thus, an entire family can receive green cards through an investment that will also benefit the family’s new home.

However, the EB-5 program has been under sustained attack from critics of the program. Allegations of fraud, waste, and other undesirable aspects of human nature have been leveled in connection with the program. While it is true that any program can be exploited by less scrupulous individuals, performing meticulous research and working with an experienced EB-5 lawyer can reduce the risk of facing foreseeable legal issues that result in ineligibility to receive the full immigration benefit of the investment. The Orlando immigration lawyers of Colombo & Hurd are experienced at navigating the complex legal requirements and filings of an EB-5 application and plan. To schedule a confidential legal consultation at our Miami or Orlando offices call 407-478-1111. We can also arrange for a consultation online or over the phone.

Critics Charges Against EB-5 Green Card Program and Its Benefits

Critic’s charges against the EB-5 program generally concern two areas of concern. The first is alleged fraud and mismanagement of certain EB-5 projects and EB-5 regional centers. The second issue resulting in a degree concern is the potential gerrymandering of Targeted Employment Areas to confer foreign investment benefits on areas that could finance projects through traditional means.

As to the first concern, there is some validity to these concerns by critics. In fact, the South Dakota EB-5 Regional Center faced numerous allegations of fraud and improper handling.  The center was subsequently stricken from USCIS’ list of approved regional centers. It is important to remember that, as with any investment, there is an element of risk involved. Furthermore, the program itself requires the capital to be put “at risk” for the investment to qualify for EB-5 purposes. Investments that are not truly “at risk,” meaning a loss or gain can be realized, are not qualifying investments for purposes of EB-5.

As for the charges that some investments are not benefitting the underserved and under-developed areas with difficulties obtaining traditional source of investment, regional centers and immigrant investors are simply playing by the rules of the program. While the program does require an “at risk” investment, most increases through the investment are modest as the true benefit is in the green card the immigrant investor and his or her family can obtain. Thus, it is simply human nature to seek investments that are more likely to return the benefit of a green card wherever they may exist.

While under the general provisions of the EB-5 program a qualifying investment is a minimum of $1 million, the required investment level is decreased to $500,000 if it is made in a targeted employment area (TEA). Furthermore, many EB-5 projects situated in TEAs are administered through large development corporations which may confer greater stability provided that financial and other disclosures may by the organization are meticulously scrutinized and do not raise red flags. TEAs can also cover a broad array of areas throughout the nation. A TEA can include a rural area outside of designated metropolitan areas or towns having at least 20,000 people. Furthermore, areas of significant unemployment can also constitute a TEA. Any ara where the unemployment rate is in excess of 150 percent of the Bureau of Labor Statistics’ (BLS) national average can constitute a TEA. For foreign nationals of nations like China, where strict capital controls are in effect to reduce capital flight, the reduced levels of required investment makes TEAs a favored method of securing a green card through investment. The flexibility of definitions for TEAs allows for ample investment opportunities in first-class cities like Miami.

The experienced EB-5 lawyers of Colombo & Hurd can provide on-point guidance regarding EB-5 questions and concerns. They can handle the EB-5 process for potential immigrant investors seeking to use investment into the United States as a method to gain a pathway to citizenship We have law offices in Orlando and Miami and can also arrange for a confidential consultation online. To discuss your EB-5 goals and concerns, call us at 407-478-1111 or contact us online today.

Can A Troubled Business Be Approved for an EB-5 Visa? 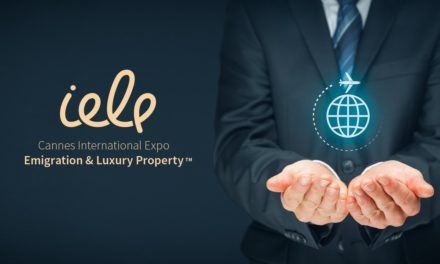