Many DACA Work Authorizations Issued after February 5, 2015 Were Improperly Issued by USCIS

For years, if not for a decade or more, there have been increasingly urgent calls for immigration reform in the United States. Proponents of reform believe that the immigration status of millions of Americans should be clarified so that individuals and businesses can proceed with certainty in their employment opportunities & offers and other endeavors. One particularly sympathetic group of immigrants are the children of undocumented immigrants who came to the United States while they were extremely young or were born here. These “Dreamers” lived their childhoods in the United States, identify with American culture, and have built their lives in this country through no fault of their own.

In response to this plight, President Obama announced Deferred Action for Childhood Arrivals (DACA) in June of 2012. Under terms of the program certain individuals who arrived in the united States as children were permitted to request, up to, a two year deferral period where the U.S. government would not take any immigration enforcement action. Additionally, under DACA many “Dreamers” received work visa authorization and the corresponding Employment Authorization Documents (EADs). However, a set of EADs were improperly issued and were required to be returned. Individuals who have failed to timely return these documents now face difficult immigration circumstances.

Who Is Affected By the Erroneous DACA Work Authorizations?

There are two main classes of individuals affected by the erroneously issued 3-year work authorizations. These individuals are:

It is essential to note that the erroneously issued work authorizations are not associated with the more than 108,000 EADs mailed prior to February 16, 2015. Furthermore, most DACA recipients receiving a 2-year EAD issued after February 16 are also unaffected. The date February 16, 2015 is of importance because on that date a court order in Texas v. United States, No. B-14-254 (S.D. Tex.) was issued that held that USCIS was only permitted to authorize applications for two-year periods.

What Options Do Effected Individuals Have?

If you have not already taken action regarding your erroneously issued DACA-work permit, the USCIS began terminating DACA and all associated work authorizations on July 31, 2015. Even if you received a two year work permit, that permit may also be rendered invalid due to non-compliance with the USCIS’ request. Individuals who have had their work authorization canceled but continue to use the canceled authorization to fraudulently obtain work could be referred to law enforcement for criminal prosecution. In any case, individuals with canceled EADs are still required to return the documents to USCIS. Failure to do so can be considered a negative factor against any future request for DACA or other immigration action.

Generally, individuals still holding the canceled work authorization should follow the instructions contained within their termination notice mailed on or about July 31, 2015. If you had a valid reason for your failure to return the work authorization, USCIS will review your case and will make a decision based on the factors relevant and specific to your case.  Individuals who did not return the permit until their DACA status was terminated may reapply. They must engage in the process from the start by obtaining, completing and filing Form I-821D; Consideration of Deferred Action for Childhood Arrivals, Form I-765; Application for Employment Authorization, and I-765 Worksheet.

There are number of other individuals who should take action to verify their status in the aftermath of this confusion caused by the court order. If you returned your three year EAD, but have yet to receive your two year DACA work permit you should contact the USCIS or have an experienced immigration attorney contact the USCIS on your behalf. Likewise, if you have already returned your card but have received a second request for its return or a termination notice, you should also contact the USCIS or have a lawyer contact the agency for you. Likewise, if you received a two year authorization but also received communications relating to the three year authorization, you should also take action to clarify your status and ability to work.

Individuals who have returned their canceled work authorization and are in good standing should have received a Confirmation of Compliance notice. USCIS began mailing notices of this type on July 23, 2015. 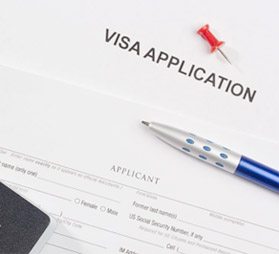