The Future of the EB-5 Visa in Light of Unprecedented Demand: The Investment Sustainment Requirement

As discussed in the previous blog post discussing potential changes to the EB-5 job creation requirement in light of unprecedented demand, the EB-5 visa has never before been so highly sought. Indirect EB-5 projects are administered by the regional center under whose umbrella the project is handled. Some particularly notable projects being financed through EB-5 immigrant investors includes Hudson Yards and Pacific Park located in New York City, Hunter’s Point Shipyard in San Francisco, SLS Las Vegas, as well as the Panorama tower in Miami. In fact there is a multitude of EB-5 projects in progress in Florida and across the nation. The record demand for these permanent employment-based visas that can provide a pathway to a green card and citizenship has resulted in United States Citizen and Immigration Services (USCIS) clarifying a number of its policies regarding the criteria for EB-5 investments. Whereas in the last article the recently released proposed USCIS guidance regarding the job creation requirement was addressed, this article will address agency guidance concerning the EB-5 investment sustainment requirement.

What is the Investment Sustainment Requirement?

The Capital Must Remain At Risk

Capital that is at risk is capital that can appreciate or depreciate in value. However, the current policy adopted and clarified by USCIS does permit the immigrant investor to keep the funds intended for investment in an escrow account during the I-526 petition stage and until the time where the immigrant investor has received his or her conditional green card. However, the escrow must be set up to for the immediate and irrevocable release of the qualifying investment upon approval of the I-526 petition, visa issuance, and admittance into the United States. If the capital is merely kept in the escrow account the funds are not subject to increase or decrease and thus do not satisfy the “at risk” requirement. During the I-829 stages, the immigrant investor must verify that the funds remained at risk during the sustainment period. An immigrant investor is permitted to profit off of his or her qualifying investment provided that the returns were not guaranteed or the return is a portion of the principal investment. USCIS policy also allows an EB-5 investor who suffered a complete loss of his or her investment to meet the sustainment requirement provided that the investor can demonstrate a full investment was made and the total loss was a direct result of the investment. If the loss was merely coincidental or incidental to the investment, the sustainability requirement will not be satisfied.

In the first two parts of this series we have analyzed USCIS guidance concerning EB-5 job creation and investment sustainment requirements. In the final piece, we will examine USCIS guidance provided regarding material changes to the immigrant’s status. The strategic and experienced immigration attorneys of Colombo & Hurd are dedicated to providing clear immigration answers for immigrant investors and others interested in investing into the United States and its people. To schedule a confidential immigration consultation at either our Orlando or Miami offices call our Orlando investor visa lawyers at or contact us online today. 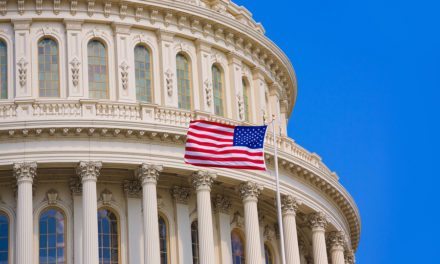 How will the Trump Presidency Impact the EB-5 Program?

Can A Troubled Business Be Approved for an EB-5 Visa?