On June 15, 2012 the Obama Administration announced it would stop deporting many unauthorized immigrants who came to the United States as children. Immigration attorney Carlos Colombo provides guidance on the policy change and explains that many of the details of the new policy have yet to be outlined by the Obama administration. Mr. Colombo emphasized that clear guidance has not yet been given concerning how USCIS or ICE will proceed to grant deferred action to eligible immigrants.

On June 15, 2012 the Obama Administration announced that it would stop deporting many unauthorized immigrants who came to the United States as children.According to Secretary of Homeland Security Janet Napolitano, the new policy was implemented in large part for the benefit of “Dream Act” eligible immigrants who were brought to the United States and have been unable to solve their immigration status through no fault of their own..

In a memorandum announcing the policy, Secretary Napolitano indicated that U.S Immigration and Customs Enforcement (ICE) and U.S. Citizenship and Immigration Services (USCIS) would establish a protocol within 60 days to defer action against eligible immigrants.It is only upon this grant of “deferred action” that immigrants are eligible to seek work authorization.

Immigration attorney Carlos Colombo stated that in the brief period since the announcement his law firm has received calls from many immigrants attempting to determine the process in order to benefit from the policy and obtain work authorization.Mr. Colombo emphasized that clear guidance has not yet been given regarding how USCIS or ICE will proceed to grant deferred action to eligible immigrants.

Many of the details have yet to be ironed out. For example, Mr. Colombo notes, the memorandum precludes eligibility for immigrants with convictions for “serious” misdemeanors though it is unclear what will be classified as “serious” to disallow eligibility. It is also unclear how long it will take USCIS and ICE to make a determination concerning “deferred action” once the formal protocol is implemented.Mr. Colombo recommends that immigrants who may be eligible for “deferred action” and work authorization seek advice from a qualified and experienced immigration attorney in order to verify their eligibility and determine the best method to proceed. 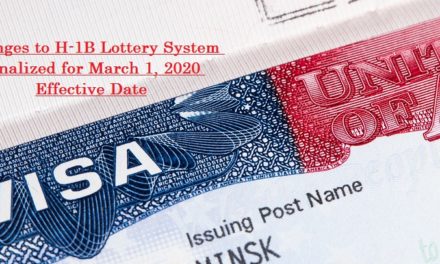