Many expected that upcoming Supreme Court termto bring bad news for undocumented immigrants who were eligible for deferred action under President Obama’s DAPA and DACA executive orders. Many of these individuals who arrived in the United States alone or accompanied by their parents before their 16th birthday have long lived in fear of removal from the U.S. and deportation to their country of citizenship. Many of these immigrants came from nations in Central and South America that were grappling with severe upheaval due to the changes in the global economy and domestic instability. In many of these countries, violence elevated above the rule of law and unexplained disappearances are not uncommon. In any case, many immigrants fled their original homes in search of safety and a chance to start a better life.

What Are DAPA and DACA?

In November 2014, President Obama announced his executive orders to the Department of Homeland Security to refrain from removing or deporting the parents of lawful U.S. citizens and legal permanent residents (LPRs). President Obama also announced an expanded Deferred Action for Childhood Arrivals (DACA) program. Under DACA, up to 4.4 million people without proper documentation to stay in the United States were granted temporary permission to stay. Deferred Action for Parents of Americans and Lawful Permanent Residents (DAPA) is a planned immigration policy that breathes life into President Obama’s pledge to provide deferred action to children and young people who came to the United States without proper authorization.

Unfortunately, DACA and DAPA have not yet come into effect. A number of U.S. states, about 26, have filed lawsuits to stop the implementation of these programs. A federal court in Texas issued a nationwide injunction halting the programs implementation. Questions regarding the program expected to be examined by the U.S. Supreme Court include whether the public notice and comment process was violated by the method of implementation and if President Obama lacked the Constitutional Authority to make this change to the nation’s immigration policy. The court will also consider whether Texas had standing to file the initial lawsuit. It is also important to note that 15 states and the District of Columbia have filed legal briefs in support of the president’s executive orders.

The passing of Supreme Court Justice Antonin Scalia at age 79, may alter the balance of power in the court and result in a decision that few expected just weeks prior. Scalia, was a solid conservative. Most observers believed that Scalia would oppose the policies perhaps even on Constitutional grounds. Had Scalia joined in a majority opinion calling into question the extend of presidential powers the results would have been far-reaching, but the most immediate impact would have been the potential evaporation of hope for legal status for Dreamers and others covered under DAPA or DACA.

However, due to political gridlock in Washington D.C., the exact course as to a potential appointment to the Supreme Court is quite unsettled. Republican lawmakers have already pledged to block any appointment made by President Obama. This tactic is being employed because should the Republicans win the upcoming presidential election, they believe they will be able to appoint a successor ideologically similar to Scalia and therefore maintain the current balance of power on the court.

However, a court that deadlocks at 4-4 is also a problem for those who are pinning their hopes on DACA or DAPA. Since the programs were enjoined from taking effect, it will take a majority vote in favor of overturning the injunctions to make the programs a reality. Thus, in light of the scheduled March 1st, 2016 date for oral argument, it isn’t clear and appears unlikely that there will be time to appoint and confirm a new justice. However, either way it will require five votes, in either a 5-4 or 5-3 decision, to overturn the injunction and begin the implementation of the programs.

If you have questions about your immigration status, how pleading guilty in a matter may affect your lawful status, or other questions regarding getting a green card the Miami immigration lawyers of Colombo & Hurd can help. To schedule a free and confidential consultation at our Orlando or Tampa law offices call 800-659-7142 today or contact us online. 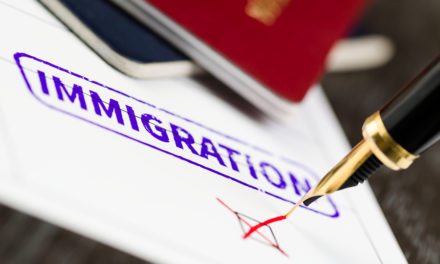 Bipartisan DREAM Act May Provide Dreamers with a Path to Citizenship

DACA Suit Seek Relief for Dreamers, Claims Texas Ruling Should Not Apply to other States

DACA Recipient Faces Revocation of Status, Deportation Again Due to 2010 Driving Without a License Arrest