In recent years the EB-5 program  developed from a little-known and infrequently used path to a permanent green card to a program that is attracting demand so intense that the program is exhausting its visa allotment. In 2014, EB-5 visas for Chinese nationals were exhausted in August due to significant interest from Chinese investors. This was the first time in the program’s 24-year history that visas ran out for any country. In 2015, continuing demand from China resulted in the visa allotment for Chinese nationals to be exhausted even earlier.

In light of the significant increased demand and the undesirable elements and practices a highly sought after place in the program can spur, it is perhaps no surprise that U.S. regulators are now poised to approach potential EB-5 investment projects with significantly greater scrutiny. On one hand, investors should welcome a more thorough regulatory approach. Putting EB-5 projects and regional centers on notice that fraud will be identified and prosecuted can only increase the likelihood that projects and the corresponding duties of officers will be carried out faithfully. However, on the other hand, a more thorough oversight of private placements and other projects may discourage competent parties from becoming involved in the project should the regulatory burden become too great.

Why Is There a Focus on EB-5 Private Placements?

Typically, many if not most EB-5 offerings involve the sale of securities. As such and absent and exemption, issuers of the security are required to register the offered securities with the Securities and Exchange Commission. Oft-cited exemptions from regulation by the SEC used by regional centers and EB-5 project developers include Regulation S and Regulation D under the Securities Act. Regulation S is often cited for projects making use of sales of securities exclusively to non-US nationals. However, since many major EB-5 projects make use of a blend of domestic and foreign capital, Regulation S is frequently inappropriate to provide and exemption. Thus, Regulation D and specifically Section 4(a)(2), known as the private placement exemption,  of the Securities Act is frequently invoked. While the criteria to comply with the private sale safe harbor is complex, it is important to note that solicitation and advertising of private placements is prohibited except where permitted by recent regulatory developments under SEC Rule 506(c). Furthermore, only accredited investors meeting certain characteristics and qualifications or whom the issuer reasonably believes comes within the characteristics is eligible to participate.

Thus, the SEC and FINRA are looking more closely at private placements, in particular, because the safe harbor provisions of the Securities Act allow security offerings of this type to avoid regulations that would otherwise apply.

The SEC Office of Compliance Inspections recently expressed its 2016 examination priorities as part of the National Exam Program.  The letter touts and sets forth as an enforcement goal, “Using our evolving ability to analyze data to identify and examine registrants that may be engaged in illegal activity.” Furthermore, on page four of the letter of enforcement intent, the office also cites private placements as an area of concern. Additionally, despite numerous types and classes of private placements, the letter specifically names private placements involving “Regulation D of the Securities Act of 1933 or the Immigrant Investor Program (‘EB-5 Program’)” with the goal of “evaluat[ing] whether legal requirements are being met in the areas of due diligence, disclosure, and suitability.”

FINRA Chairman and CEO, Rick Ketchum, issued a public letter detailing enforcement priorities targeting existing and emerging threats that “put investors and market integrity at risk.” The letter was issued at the beginning of January and also specifically identifies private placements and specifically private placements made as part of EB-5 investment funds and start-up companies. The letter also specifically mentions SEC Rule 506(c) of Regulation D. Furthermore the letter further clarifies the investigatory intent to include “evaluate firms’ compliance with respect to their communications, including general solicitation advertisements and materials posted on the Internet.”

Broadly speaking, additional regulation in the EB-5 investment arena should be generally welcome. However, since examinations of regional centers and EB-5 projects are conducted irregularly, the need for an attorney who can assess the project and its disclosure is still extremely important. While the financial returns realized on EB-5 projects are typically modest, a potential immigrant investor should still perform all required due diligence to provide for an increased likelihood that the selected investment project will result in the immigration benefit. To discuss how a Tampa immigration lawyer of Colombo & Hurd can provide trusted, on-point legal guidance call our firm at 800-659-7142 to schedule a consultation at our Miami or Orlando law offices. You can also contact us online to schedule an Internet consultation.

How to Prepare for an Immigration Interview at USCIS 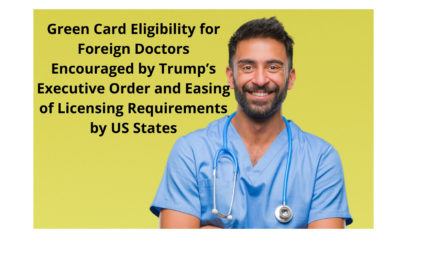