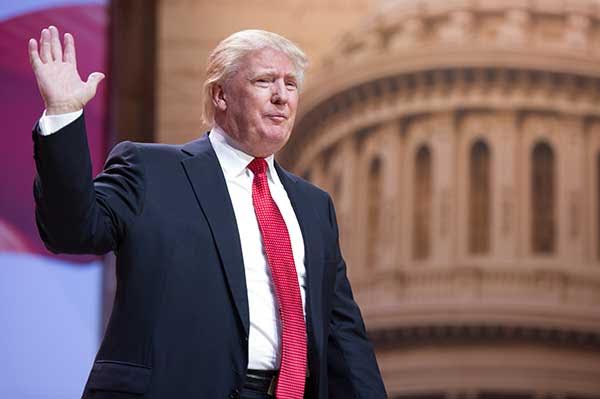 In deportation proceedings, when one of our clients appears before the Immigration Judge, we expect that judge will be fair and impartial.  We should not expect that the judge will simply be moving that person along in an attempt to meet an arbitrary quota imposed by his boss for the number of cases that must be heard in a given day, week, or month.  Yet in his latest pronouncement, that is exactly what President Trump wants immigration judges to do — bringing renewed attention to what many perceive as the lack of fairness in many immigration court proceedings.

In mid-October, the Trump Administration announced that it intended to impose “numeric performance standards” on federal immigration judges.  The rationale for this decision was to reduce the backlog of cases, which currently stands at 600,000.  An unspoken reason to reduce the backlog is so that more people can be deported, which is a stated goal of President Trump.

The National Association of Immigration Judges immediately protested this announcement, decrying it as an encroachment on judicial independence, and noting that immigration court is a place where political dissidents and people fleeing violence plead their cases to stay in the United States.  The judges’ union has a contract which currently prevents them from being rated based on either the number of case that they compete or the time that they take to decide each case.

Immigration Courts Run By the Department of Justice

Immigration judges work for the federal government, and specifically the Department of Justice.  If an immigrant is unsatisfied by a result in immigration court, he or she can file an appeal with the Board of Immigration Appeals.  However, the decision of the Board of Immigration Appeals can be overruled or reversed by the Attorney General.  This leaves many immigrants in the unenviable position of knowing that even if they were to win an appeal in immigration court, they could still find themselves losing their case because Attorney General Jeff Session has the ultimate control over their case.

As the head of the Department of Justice, the Attorney General also has the ability to fire immigration judges.  Unlike federal judges, immigration judges do not receive lifetime appointments.  They are not insulated from making decisions that are right as a matter of law, or just or fair — but may be unpopular with the current administration.  Instead, they have to worry about their job security because they essentially serve at the whim of a political appointee.  This system severely limits the independence of Immigration Judges and can make it more difficult for a deportation lawyer to defend his immigration client.

The Department of Justice, through the Attorney General, also directs immigration courts on the interpretation of laws and even on which cases to hear.  This can lead towards bias towards particular groups of immigrants or towards wrongful interpretations of the law based on political pressure.  For example, under the Obama administration, immigration courts were directed to focus on hearing deportation cases of recently arrived Central American immigrants, setting aside their existing caseload.  This was done in an effort to discourse the wave of immigrants from Central America, who were purportedly trying to take advantage of the long wait times in America’s immigration courts.  However, it had the impact of prejudicing the people whose cases were set aside as well as those whose cases were moved to the front of the line — all because of the way that the immigration court system is set up as part of the Department of Justice.

How Quotas Will Harm Immigrants in Deportation Proceedings

While all legal cases have real life consequences, the stakes are incredibly high in immigration cases.  Whether it involves an asylum case or a deportation proceeding, each immigrant deserves the full time and attention of the immigration law judge.  This may involve the use of a translator, working through substantial documentation, or hearing from multiple witnesses.  Putting a numerical quota on immigration judges will impede the fairness of the process and impact the impartiality of the court system.

If you have a pending matter before an immigration court, we can help.  At Colombo & Hurd, we have extensive experience litigating cases in Orlando Immigration Court as well as Immigration Courts throughout Florida and the United States. Contact our office today at 407-478-1111 to schedule a confidential consultation.