The EB-5 visa program has been under sustained political attack from Representatives and Senators in Congress. These attacks have not gone unnoticed. Recently, the SEC and FINRA have announced enforcement actions and an enforcement focus on EB-5. Furthermore, United States Citizenship and Immigration Services has announced its intention to redraft some of the regulatory and policy aspects of the EB-5 program.

The potential upcoming changes to the program mean that interested parties should move quickly to avail themselves of the opportunities presented by the program. While there is no clear guidance as to whether a protective filing can “grandfather” an EB-5 applicant under the old rules, it is the most likely means to secure such a result should grandfathered status be offered. Most people expect new program rules to be less favorable to investors.

What Does the EB-5 Program Permit?

Many people are already aware that the EB-5 program provides immigrant investors with the opportunity to obtain a green card when certain conditions are met. First, the minimum required investment is set at $1 million unless the program is located in a targeted employment area (TEA). Projects located in TEAs require only a minimum investment of $500,000. Aside from the investment, the project must also meet certain job creation requirements. These requirements include that a minimum of 10 full-time jobs are created for U.S. citizens. Certain caveats apply to this job creation requirement and, furthermore, indirect jobs can be counted if the investment is made into a regional center participating in the EB-5 program.

A number of Senators and Representatives have charged that the EB-5 program in unfairly benefitting urban areas. They claim that while the program was intended to benefit both underdeveloped rural areas and areas of high employment, urban areas are capturing most of the benefits through means that do not comport with the spirit of the original law. They claim that the tactic of “gerrymandering” depressed urban census tracts to connect with wealthy, affluent areas where the projects are being built is an unfair tactic.

Proposals to amend the EB-5 program have varied significantly. Some U.S. politicians have called for the end of the program, however, many others have expressed a desire to take more limited action. Some have stated that they wish to increase the minimum level of investment due to the program’s popularity and backlog. While an increase in minimum investment levels beyond the $500,000 and $1 million thresholds could bring in a higher level of investment, it could also backfire by making it more difficult for entrepreneurs in China and other nations with capital controls in place to invest.

Other changes to the program include alterations to how census tracts are counted and which tracts can be combined. Changes to this aspect of the program may reduce the scope of eligible projects or force investors to invest in less desirable areas and projects. However, it would potential address concerns related to gerrymandering.

In a listening session held on April 25, 2016, USCIS discussed several topics related to the EB-5 program. During the listening session, the agency asked stakeholders to provide thoughts and opinions on how the USCIS could modify certain aspects of the program to better serve the public. Potential changes to the program could include minimum amounts for investment, methods of calculating job creation, issues concerning regional centers, and the criteria affecting the designation of targeted employment areas (TEAs).

Addressing these concerns ahead of Congressional action could prevent additional regulatory action that could end or significantly diminish the scope of the program. The USCIS has not provided any timeline for the program changes, however in light of the political climate, there is some chance that the agency will attempt to move quickly. In any case, the current EB-5 program is only authorized until September 30, 2016. While the program was extended last year, pressure is mounting for more significant changes.

Interested parties are advised to take immediate action to preserve a chance to qualify for grandfathered status under the program. While neither the USCIS nor Congress has commented on the ability to be grandfathered under the old rules, a protective filing is typically the means used to secure this status. To speak with a strategic Miami immigration lawyer who can explain and guide you through the process call 800-659-7142 today to schedule an appoint at our Orlando or Miami law offices. We can also arrange for a phone or Internet consultation. 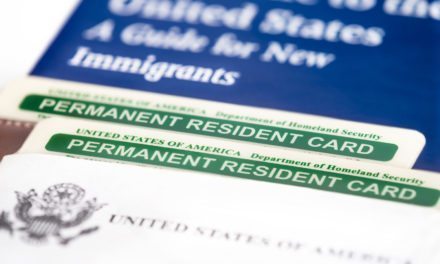 Can an EB-5 Investment Be a Loan?